I have found the album of Chico &amp; Roberta on Internet !! (remember the 2 kids from the big hit "Lambada").
The name of the CD is "Frente A Frente".
It's latino style from Brasil. 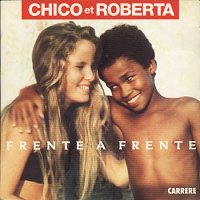 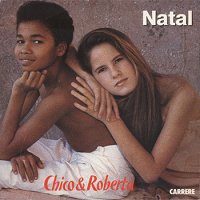 Is it a soundtrack from the film or an album of group?

It's an album by Chico &amp; Roberta. It's not from a movie.
The 2 kids are famous because of the clip "Lambada" by Kaoma (summer hit all over the world in 1989).

Rakugaki
Greetings our friend from France))))))) I Swing a file which you has written. I shall listen, I shall write opinion. How that? How a life? What news at you are?

Rakugaki
And how your present name?

But I don't really understand your last question... :confused:

What means Rakugaki? This name or nic?

P.S.: Im sory ))  I use the electronic translator, on it(this) phrases can is under construction not correctly.

My nick "Rakugaki" is japanese for "graffiti" or "speed drawing" (and it's a song of the girlsband "Speed"). ^^

famous because of the clip "Lambada" by Kaoma

Just saw a video about them (Kaoma and Chico) on russian TV=)) Chico became a priest:) And they said that Roberta is pretty fat now:confused:

The duo consisted of two Brazilian children: Washington "Chico" Oliveira,also known by the names Uoston, Voston, and Chico (born on February 20, 1977 in Porto Seguro), and Roberta de Brito (born on April 27, 1979 in Brasília).The duo first appeared in the videoclip "Lambada" by the French-Brazilian group Kaoma in 1989. Both Kaoma and Chico and Roberta had the same producer, Jean-Claude Bonaventure, and the duo's songs were composed by Kaoma's lead singer Loalwa Braz, with contributions by Daniel Darras, Alan Pype, Bonaventure, M. Nogueira, and Roberta and Chico themselves.

At the end of 1990, Chico and Roberta had their first success with the album Frente a Frente (Face to Face), which was certified gold by the French certification group SNEP and contained their first two singles, "Frente a Frente" and "Esperança do Natal" (a Christmas song).These singles were listed at the top of the French SNEP singles charts for several weeks, and sold approximately 322,000 and 228,000 copies, respectively.

Chico and Roberta recorded their songs in Portuguese, and they performed on television programs in various countries, including Brazil, France, and Italy.

After their initial success, however, the children's musical career suddenly stopped. Chico became a priest of a Protestant church and currently lives in Espírito Santo with his wife and daughter, working in a mission in Vila Velha. Roberta got married with Angelo and lives in Brasília, where she works as a veterinarian.